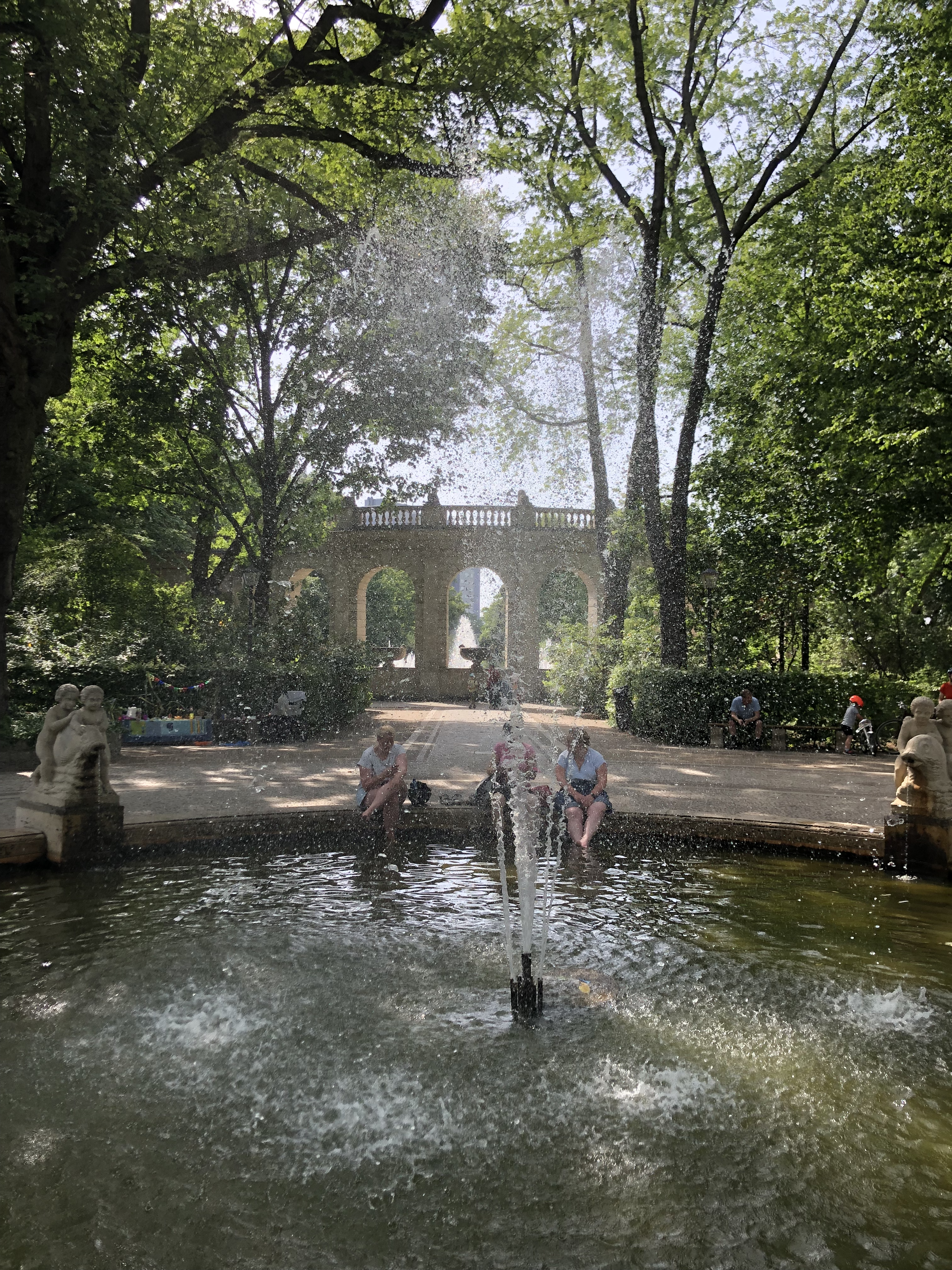 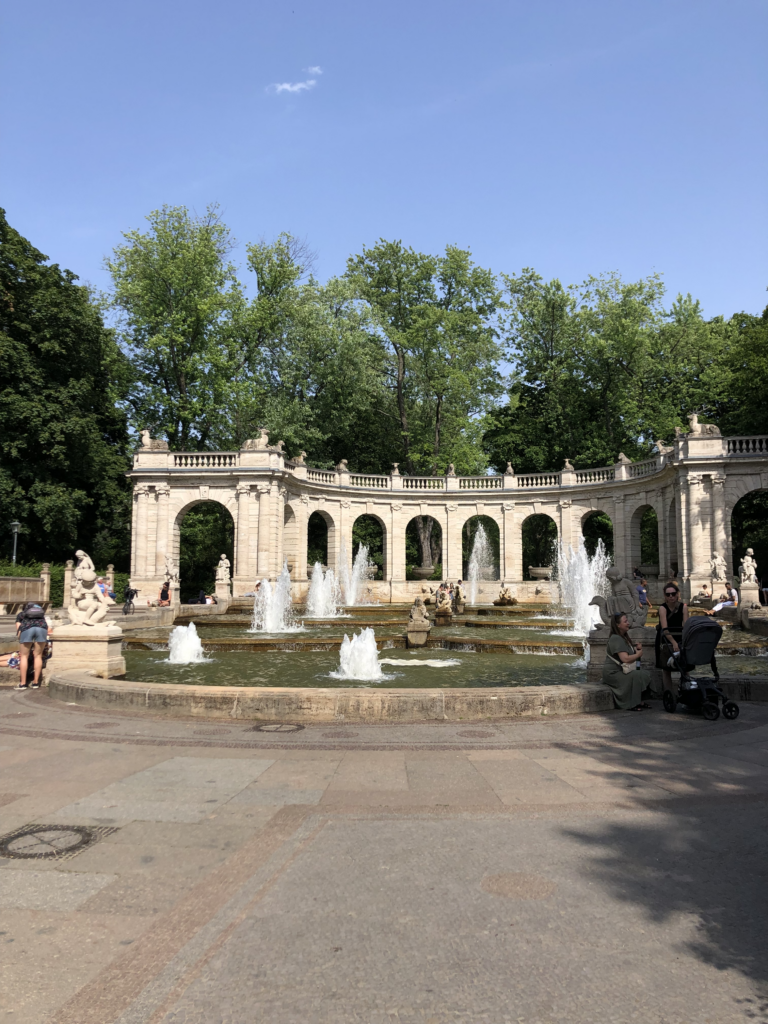 Berlin has many large parks.
On a very hot Saturday, I visited the Friedrichshain Volkspark between Prenzlauer Berg and Friedrichshain in East Berlin.

The site is said to be 52 hectares in size. Incidentally, Tokyo Dome (A big baseball stadium in Japan) area: 46,755 square meters (m) 4.6 hectares, which is about 11 times larger than the Tokyo Dome.
Eleven times as large as the Tokyo Dome.

When you go from the Mitte, there is a fountain at the entrance that looks like something out of a fairy tale.
Statues of children’s characters from Grimm’s fairy tales stand in a row.

The temperature that day was 34 degrees.
There were many people cooling off near the fountain.
Wikipedia does not seem to have a Japanese version, so here is an excerpt from the history of the park: “The park was conceived by Peter Joseph René, a landscape architect, in 1840.
The park was conceived by landscape architect Peter Joseph René, and the city council of Berlin decided to build it in 1840 on the occasion of the 100th anniversary of the accession of King Friedrich the Great of Prussia to the throne.
The oldest part of the park was laid out between 1846 and 1848 according to the plans of landscape architect Johann Heinrich Gustav Meyer, who learned his craft in the botanical gardens of Schöneberg and held the post of director of the city park.
The park was built on the site of a former vineyard and officially opened in 1848 with an area of 46 hectares.
Volkspark Friedrichshain
from Wikipedia 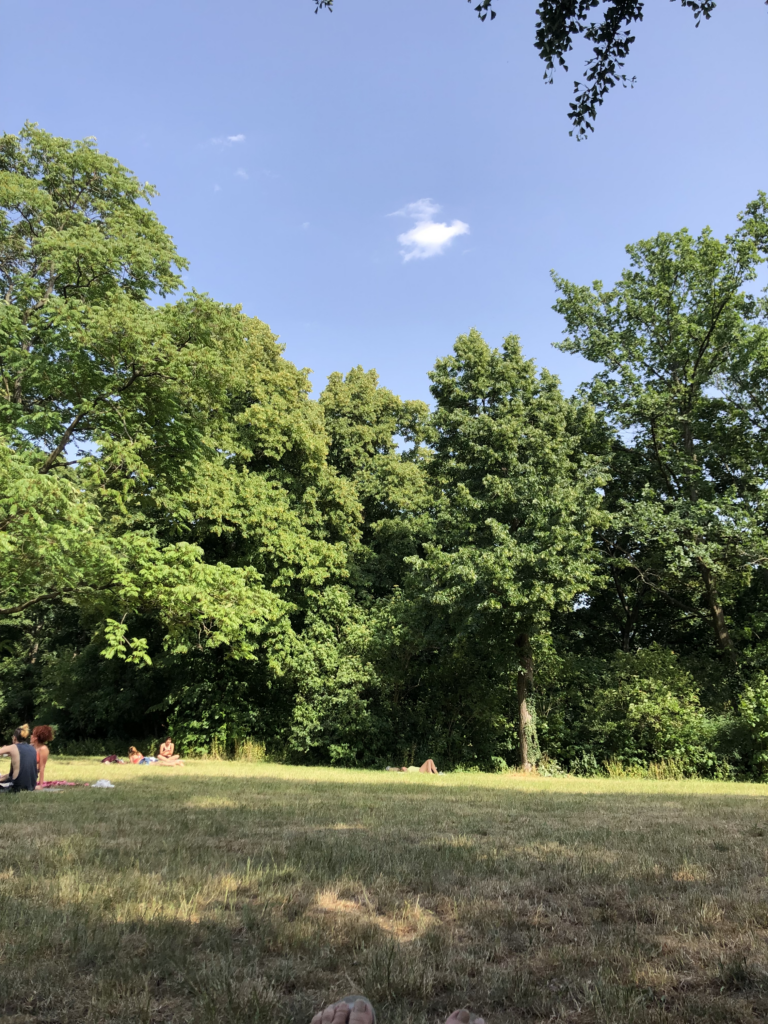 Like this, it is a great place for picnics, with groups of people lounging and relaxing on the grass, doing yoga, or having BBQ. 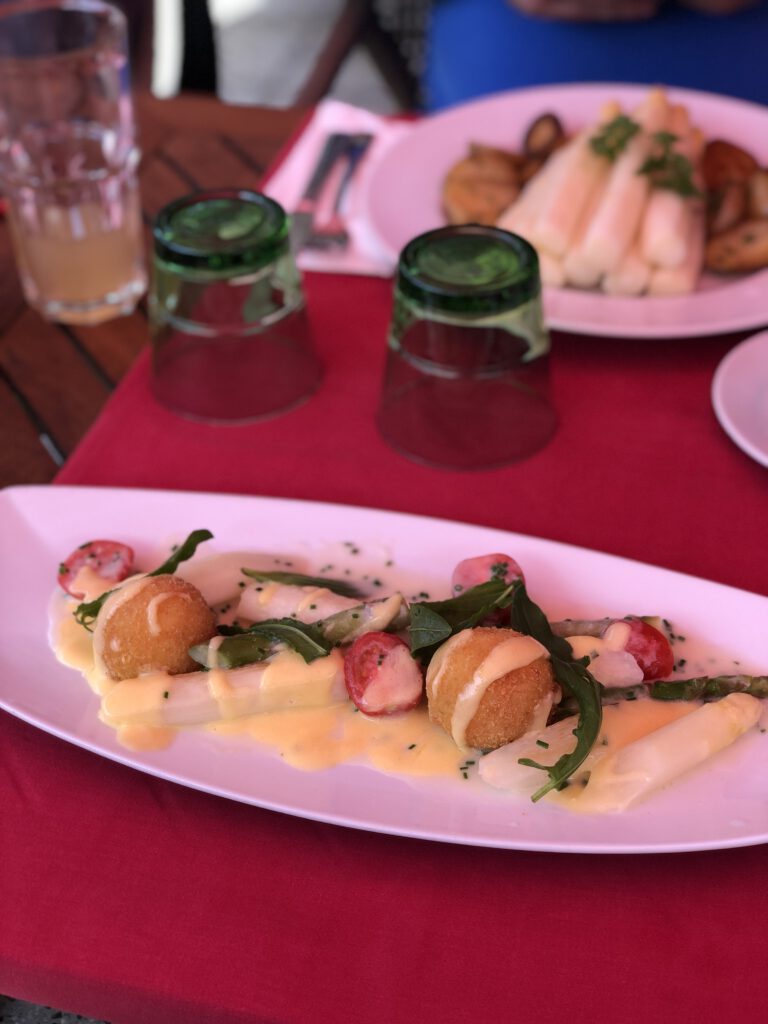 We had lunch at Schonbrunn, a restaurant in the park.
My friend ordered white asparagus and I ordered white and green asparagus. (Sorry for my inability to describe it.)
The fried rounds were also like cream croquettes with rice in them. Delicious!

There are several ponds in the park.

I think it would be fun to invite friends and have a picnic.
I would like to make sandwiches and rice balls and bring a picnic sheet.

This is a park where you can spend a relaxing weekend.

One thought on “Friedrichshain Volkspark a very hot summer day walk, lunch at a restaurant in the park”

chaco – is living in Berlin.

Prefix for breadcrumbs: Home » Friedrichshain Volkspark a very hot summer day walk, lunch at a restaurant in the park